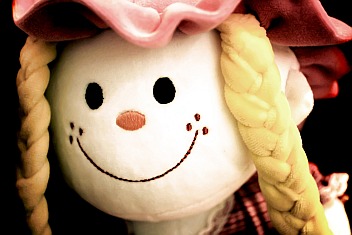 Ever tried designing a website, logo, or essay and found that the longer you worked on it the more you liked the result? Ever heard a song once and thought, wow that was good, but the tenth time was even better? Why does watching the 5th episode of a television show give us more enjoyment than the first.

In the last blog entry I mentioned the “Flow Diagram” and I believe this explains some of our fascination with things that are familiar. At the beginning, they are completely new to us and we have little associate with them (or little skill considering them), with time however, our appreciation for them increases and meets well with the complexity of the song or design. It’s fascinating, novel, but comprehensible. If we continue to expose ourselves to the same stimulae however, we cross over into becoming bored with it (i.e. the three hundredth time you hear a good song on the same radio station).

When they were designing the show “Blue’s Clues”, they found that children appreciated repetition (as I think any with a young child know implicitly). So the same episode of “Blue’s Clues” airs every day for a solid week. The enjoyment of the children increases as they understand more and more. They are able to guess the answers to the questions correctly and that self reinforcing cycle gives pleasures.

I had thought that maybe this was true for children, but it’s not true for adults. Now I think that it’s only half true for adults. We gain a huge amount of satisfaction in being right too and we gain a lot of pleasure when we are repeated to some complex stimuli that requires cognition. Consider the enjoyment one receives going to the Louvre when they are studied in art, or the appreciation one has for an excellent cup of coffee when they roast their own coffee beans.

This concept is important for all leaders to understand. Some great ideas, when first mentioned, will be received with a mediocre response and need time and some repetition for everyone to resonate to. At the same time, being familiar with something can easily lull us into apathy about making it better. As Scott Tipton, one of the best managers I’ve ever worked for, taught me: When you first move into a house, you notice a light switch that is backward, but you only have a few weeks to fix it. After those first few weeks, it becomes normal. The same is true in taking over a new organization or business, there is a limited amount of time that you will notice the things that are not right and need to be fixed. After a certain period of time, the familiarity will breed apathy and perhaps affection for something that should really not be there.