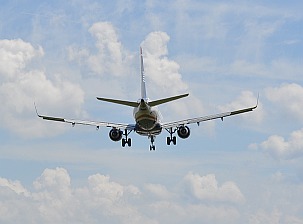 This summer, my wife and I traveled to Columbia. On our way from Medellin to Bogota, we showed up at the Medellin airport with plenty of time. The airport was closed down (no flights it seemed) due to massive amounts of fog and I made several assumptions:

These were all revealed as incorrect:

I was pacified by these expectations and as a result was sipping coffee and taking time getting through security since I knew we were going to have to wait. My wife was desiring to get through security and so we finally did, only to find that they had closed our gate and our plane was backing away from the gate – the fog had cleared.

This resulted, of course, in my wife having to help renegotiate getting on the next flight (which, thanks to God, we were fortunately able to), but the arrogance of my conclusions lead to costing some consumables that were not worth the experiment (my wife’s patience and trust being one – we both had to get up very early to catch the flight), all for not wanting to try to fail sooner (and be found out wrong when I asked an official for their response).

This example also reveals a well known human bias.  We look for things that confirm our conclusions (called the confirmation bias). When we create a theory of understanding about the world around us, we seek to justify that theory with data that supports it rather than looking for data that proves it to be wrong.  This natural tendency can lead us into some very incorrect conclusions that can lead to mistakes that should have been avoided.

A classic example of this is the request for people to describe a sequence of numbers.  A sample sequence is given below, and then they are able to provide additional sequences to come to an understanding of the rules that make up the pattern.  The sample sequence is:

When we make decisions about the world around us, we need to remember that we have a confirmation bias and recognize that this can effect our conclusions.  If we seek to prove ourselves wrong (particularly in areas where there is something at stake – missing a flight for example), we can avoid costly mistakes.