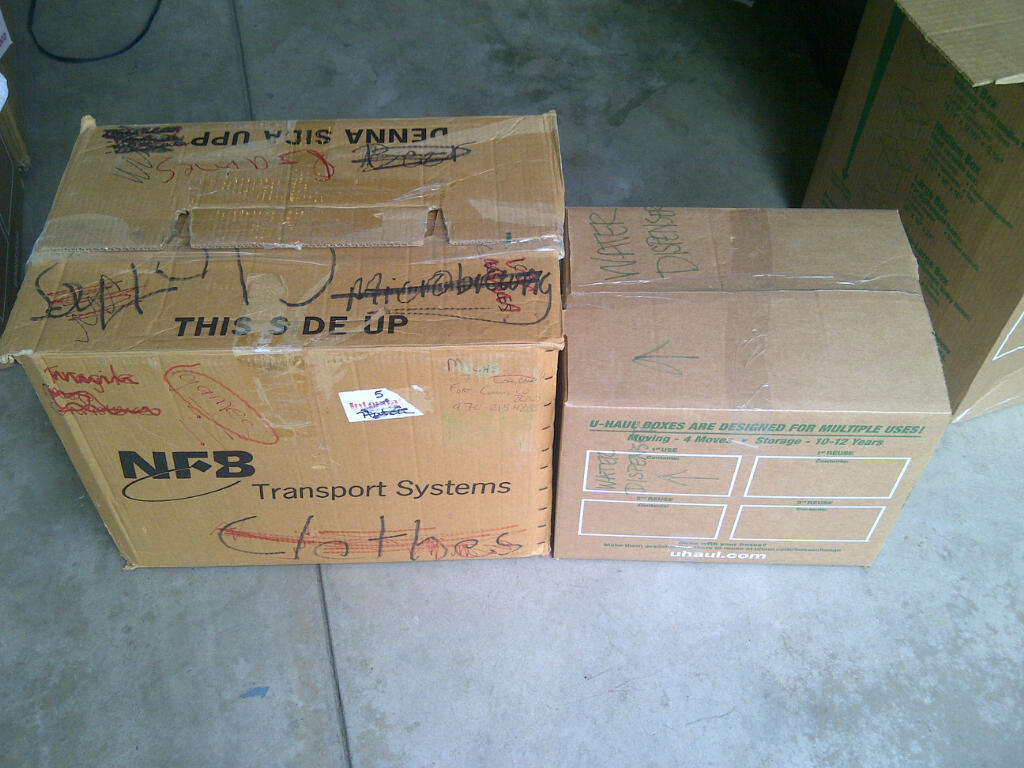 Over the last week, we’ve been moving into a new place — unpacking boxes so meticulously packed only a few weeks ago. We’ve collected boxes from various places over our moves and these two boxes tell us a story about process.

U-Haul, the box on the right, has recently taken to stating that their box can be used for four moves.  They decided to codify their statement by putting a spot on the side of the box which allows you to write the contents for each of the four moves. This should save you the necessity of having to scratch out the last move EXCEPT if we use the wrong box on one of the moves, we can’t really be sure which text is right on all the boxes.  Moreover, as seen in this example, we want to write on the top of the box as well.

U-Haul created a tool to simplify the process of labeling, however, only a single box needs to deviate for the system to start falling apart.  They would be better leaving the entire side blank, or most sides blank for that matter — not shown in this picture is that every other side is filled with printed text saying things like “Need Boxes? Take Plenty! We’ll Buy Back the Extras.”[sic] What a waste.

The box on the left is from Sweden [Denna sida upp].  It was used to move my parents belongings back from there in 2000.  It has been used for probably 7 moves since. You can almost count each one (Beer, Clothes, Games, and some other stuff). It doesn’t make any claims about how many moves it can be used for and it leaves space everywhere for writing.  The box actually requires zero tape to put together and seal (though we Americans feel better with taped boxes).  Even after many moves, the box is still in good shape, though it does start getting a little confusing about what actually is in the box (Beer Games?). They make no requirements on the system for labeling, but leave lots of space. It’s super durable and flexible in it’s use model.

Many times, we believe that we can simplify some complex process by adding a form or codifying some part of the process without thinking about exceptions, like writing on top of a box. We believe if everyone would just follow the process then this will work great, but life is full of aberrations.  We should define a process or a tool by how resilient it is to the unexpected. Many times: the simpler, the better.

One thought on “Building a Resilient Process”