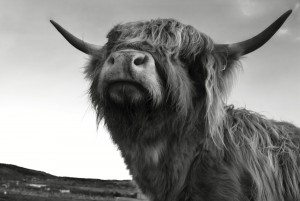 Nothing has been scientifically proven to be more effective for headaches.
– TV commercial

Sure sounds better than reality: No scientific studies have ever compared this product to any other product. Modern marketing and politics play fancy free and foot loose with the truth. Spin is king. Harry G. Frankfurt wrote a small treatise on this subject called On Bullshit. He defines bullsh*t (BS) as neither lying nor telling the truth. It is instead a complete indifference to whether the truth even matters.

Our culture has a growing disregard for truth – both knowing what makes something true as well as confronting our own reality. It’s interesting that the original American culture held truth in high regard. For example, the 5th Amendment sure stands in stark contradiction to this trend. Politicians are taught to not even answer reporters questions, or if they have to answer, quibble with the definition of “is”.  Criminals tell half-truths (BS) for fear they might be caught.

I wonder if the founding fathers would have found it necessary for the accused not to be forced to incriminate themselves. This really only matters if one still holds that truth as important.  If truth is not important, than the expectation is simply that the accused will lie if confronted with their crime.  This idea has taken hold so strongly that even someone who “pleads the 5th” seems both guilty and a bad liar.

Everywhere we look, we are confronted with BS. Even when we get in the “No Spin Zone”, we are just asking they apply a particular spin, but we feel more comfortable if they label it as without BS.  The world is so complicated that none of us is able to keep up with all the new information created every day. Epistemology is important.

Having worked in Marketing, there is a fine line between positioning and authenticity. Authenticity is important, or as a good friend of mine says, being WYSIWYG (What you See is What You Get). So I’m working to eliminate BS in my own words, so that if questioned, I don’t need to plead the 5th. 🙂

One thought on “Bullsh*t vs. The 5th Amendment”