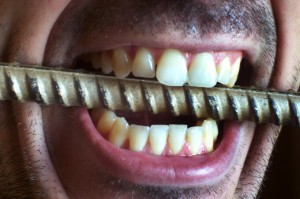 This week I was talking to a guy who had been the CEO of a previous startup; we talked about the ideas I wrote about last week, and he made a couple of additional observations that I thought worth sharing.

When he was CEO, he realized that the number of problems he was going to have to solve were endless. As a result, he decided to tell himself that he needed to “Live with the Pain”. That some problems were simply not worth solving (from a time perspective), even though they caused pain. His team would ask him when a particular problem was going to be fixed and he would respond that it probably never would be solved. As I wrote a couple of years ago, we have a limited amount of focus that we can apply to the various problems that we face and sometimes rather than spending the time to fix a problem, we have to learn to live with the pain of it being unresolved. One way to do this, is not to pay the whole cost emotionally today.

Another principle that he added was that sometimes he would address problems by “timeboxing” them. By this he meant that he would set a specific amount of time that he would work on a problem and as far as he got during that period of time, that was all the time he was going to spend on it. I liked this idea because it keeps you looking for the low hanging fruit that pays off big with little effort. It also keeps the solution space bounded so that you know you need to get to a certain steady state by the time you are finished.

Both are good ways to balance the myriad of problems that leaders face in any entrepreneurial activity.

One thought on “Live with the Pain”