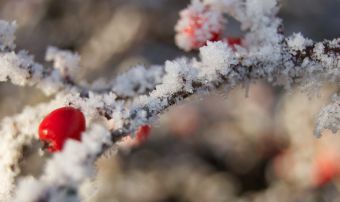 Dead people are influencing our thinking. Not in a supernatural way, but in how they influenced the way their culture taught their children to think. Consider what words your parents taught you first – objects and colors or verbs?

The Geography of Thought by Richard Nisbett goes through the influence of philophers from thousands of years ago and how they have affected the way that those from the west and those from the east think. It’s an insightful book for me.  I lent it to a Chinese engineer that worked for me and he also found it insightful.  One generalization is that westerners learn nouns first, those from the east learn verbs. Westerners have words like “whiteness”, easterners use simile – “White like the snow”.  These generalizations have roots in the philosophers that were popular with each of these cultures. While this is interesting, I think it poses a more challenging question.

Change is accelerating.  Products that took 5 years to develop, now take 3 months. Long novels are now replaced with a continuous stream of tweets. Multitasking now resembles a gearless transmission; we are in a continual state of flux. I find myself increasingly focused on the goals right in front of me, or perhaps I should call them tasks since a goal indicates something bigger.

This last week I spent some time with a friend.  He recounted a story of a professor that decided he wanted to start a university in southeast asia.  Twenty years later, the university has grown huge and is now helping to build a $1B hospital in the same area. This among many of our other conversations got me thinking about the nature of my own goals.

Over the last few years, we’ve moved several times.  My goals were always limited by the area that we were in and what could be accomplished while we were there.  This last week, I started wondering what happened to the visionaries that decided to work for 20 years to change something in the world?  Forget 20 years, how about 5 years?  Most business plans don’t even stretch out more than 2 or 3 years because there is so much unpredictability in the future.

This is the tyranny of the unknown future – the speed of change that keeps us in a state of constant disorientation.  Like most popular television that cuts to a new camera angle every couple of seconds to keep your brain constantly reorienting, and therefore constantly honed in – our culture is doing the same.  Do More Faster. The wheel of the rat race is getting increasingly smaller.

What happened to slow goals — visions that would take a long time to bring to pass? The world is filled with uncertainty, the future is unknown, but to what ultimate end are we striving?  To not strive is to give in, not only to the tyranny of the urgent but the tyranny of the unknown. Bring back the slow goals.

One thought on “Slow Goals”