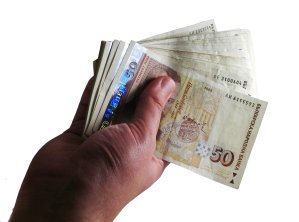 One of the more common topics of discussion here in Mexico is government corruption. It is a widely held belief that those with power abuse it for their own ends. Complaints abound but with no solutions.

I think that cultural inertia plays a role — other people’s perception of our behavior affects the way that we actually end up behaving. Corruption clearly occurs in every government, but the public perception of the commonness of that corruption propagates it.

For example, in America, even though we may not like every police officer, we very much expect them to honest and upright. If a police officer is not, the public outcry is loud and a harsh punishment comes swiftly. The result is that many policemen take pride in their integrity because it is part of everyone’s perception of their job.

In Mexico, however, the populous starts with the assumption that if you are a policeman, you are likely corrupt. This significantly reduces their resistance to temptation. If they do what is right, it doesn’t change the perception of their job. So when temptation comes, it’s easy to live down to the public’s expectations, and give in — after all, everyone else must be doing it, or there wouldn’t be this perception.  Ironically, it tends to be the public that offers the greatest opportunity for temptation.

This idea is supported by several behavioral economics studies discussed in the book Nudge [which I recommend]. In several studies, they found that by merely suggesting things like: “The majority of teenagers choose not to smoke”, or “97% of taxpayers pay their taxes honestly” changes people’s perception of what others are doing and thereby changes their own. In the end, the only way to end corruption is to work toward changing the popular perception of those in power. Clearly, not an easy thing to do. But a very good example of a self-referential cycle that is difficult to change because of Cultural Inertia.