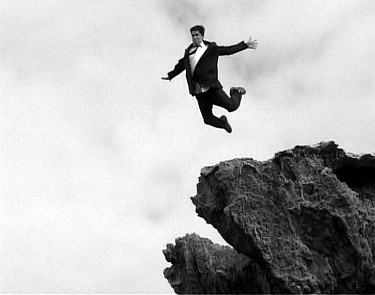 When my parents were living in Sweden, my mom was studying Swedish and finally got up enough courage to try out some of her new learnings on the bus with a fellow passenger. She made a comment to the passenger in Swedish and the elderly woman turned to her and said (in English, very slowly and clearly): “What …. language … are …. you … speaking?”. Not exactly the response you’re looking for when you’re taking your new language out for a stroll.

I am presently in the process of learning Spanish and am also finally getting up enough courage to try speaking with strangers. The facial expression of most people I speak Spanish to bears a remarkable similarity to the facial expression one might have when someone is trying to explain particle physics to them — crunched nose, furrowed brow, intense concentration – and typically resolves itself with a look of enlightenment and a repeating of what sounds like the exact same thing I just said.

What I have found however, is that it’s fun and enjoyable to try and fail. I learn far more by failing than I do by succeeding. It creates an event that I can remember and learn from and, as long as the other person is willing to put up with my mistakes, it generates a good deal of smiling.

Overall though, it has made me recognize further the importance of failure in a more general sense. Anyone who is trying to learn will fail. If they aren’t, then they aren’t pushing hard enough. Have you ever watched someone learn how to do tricks on a skateboard? That is a lot of painful failure prior to finally landing a trick. Moreover, when you you succeed, you can’t say why (though it feels good), but when you fail, you can learn from it. I’ve often heard about the importance of failing (i.e. “I’ve succeeded in finding 1000 ways NOT to make a light bulb”) and that you have to be willing to fail to succeed, but I hadn’t put together the fact that success creates little or no learning. Failure is where you get feedback.

Everyone who is trying to improve needs to embrace failure rather than shirk back to avoid the possibility. When it happens, don’t respond with anger, respond by learning. This is crucial to the success of any enterprise and any leader.