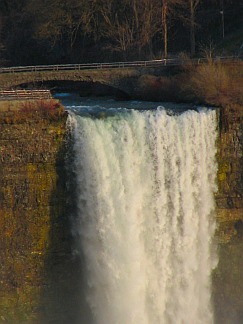 Yesterday, I talked about the importance of embracing failure. The second aspect of this is the speed of failure. There are many projects for which feedback is very slow and this can cause two problems. First, not being able to see the entire system and how decisions that were made earlier create a failure much later. Second, you have a very limited number of experiments that you can run and find the way to succeed.

No one has an infinite number of experiments – it is limited by time, by money, or by some other consumable. The key is to find environments where you can fail and recover quickly.

Consider the plane pilot, we don’t want him failing while flying in a plane. Moreover, one failure and he has extinguished the consumable most important to his learning (his life). We do want him failing in a flight simulator though over and over and over again. Learning what to do when it’s raining, your gauges aren’t working right and the left engine is broken.

Many companies don’t spend enough time figuring out how to fail quickly and safely. They make the entire enterprise a grand experiment which allows only one shot. They hire 15 engineers and 5 sales people and consume their capital like they were in a hyperinflationary market. They get one chance to get it right, the problem is that if they get it wrong (they probably will), they can’t use the learning to get better. It’s done.

People can do the same things in their careers and in their life. They can easily become so convinced in the direction of their actions that they cease to consider whether they are investing in the right things. The goal always out of reach.

It is important for every company and every leader to find ways to fail quickly and to learn how to change quickly. This is what leads to learning and perfecting the very actions that we are doing. You can only learn as fast as you can fail and recover

One thought on “Fail Quickly”