Almost 8 years ago, Jon Oliver on the Daily Show decided to explore whether a new particle collider was going to destroy the earth as we know it.  While the physicist working with the collider stated that there was no chance this would cause such a problem. However, a science teacher who brought suit to stop the collider claimed there was a 50% chance of it creating a black hole swallowing our planet. Oliver incredulous asked, “1 in 2? How do you keep coming up with those odds”.  The teacher explained: “Well, either the event is going to occur, or it’s not going to occur… so, 50/50”

Most of us laugh at this example recognizing that statistics don’t work that way, yet at the same time our brains tend to translate the statistics we hear into a similar refrain.  We simplify the outcome into one of two possibilities. Back when I was working for a startup, every year when family would get together and ask how the startup was going, I would answer that we were either on the verge of taking off or on the verge of going under.  This same update year after year: neither of these outcomes reflected reality.

Often times limiting choice helps us feel better about our decisions. Parenting often involves providing choices for our children but limiting them: Do you want to wear this dress or this dress?  Usually followed by, do you want to choose or do you want daddy to choose? etc.  False dichotomies help us make decisions by simplifying the amount we need to think through, but if we’re not careful, we can end up looking for our keys under the street light, not because that’s where we dropped them but because that’s where the light is.

In the book Decisive, the Heath Brothers introduce the WRAP acrostic for making decisions.  The first item, W, being to Widen your options.  Since we will naturally narrow our decisions to simplify our thinking, we should instead start by resisting that temptation and think of more outcomes, more possibilities.

Ultimately, most of the things we do are not as dire as destroying the world, but as we look at the decisions and outcomes we imagine before us, we should take note to see if we’ve artificially simplified the situation and beware of the two outcome fallacy. 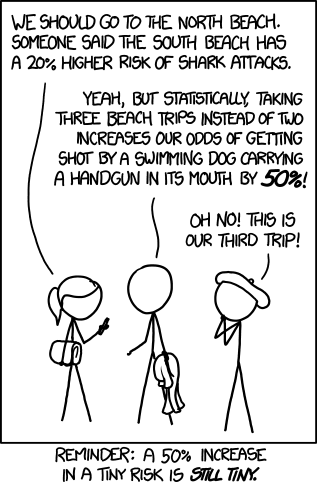 One thought on “The Fork In The Road”