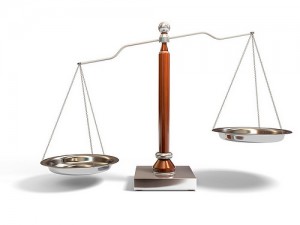 Several years ago, when my friend’s wife turned 30, he invited many of their friends to play a game at their house.  Each person came dressed as a particular character and then played out their role. The premise was that we were all stuck on an island, there were a limited number of boats and we had to find a captain to chose us for their boat.  Of course there were lots of interesting dramatic twists. For example, I played a man who’s secret identity was a masked vigilantly. One goal was to figure out who the masked man was (my wife guessed correctly on the car ride over, but she kept the secret).  Anyway, I was told I had a right-hand man who was on my side as we were figuring out how to escape.  Sometime near the end of the game, as others started turning against me I found out my trusted confidant was part of the conspiracy.

Aghast, I fought him as well as other players using something akin to rock, paper, scissors. I went on a rampage killing anyone standing in my way. It helped that  I had some special ability that allowed me to win on a tie and get a second chance if I lost. This allowed me to escape (over quite a few dead bodies), but the rest of the evening I was reeling, considering the betrayal and what I might have done differently.  I didn’t feel like I “won” and to this day, whenever someone mentions the guy who betrayed me (who is otherwise a great guy, but who I rarely see), my first memory is still of his betrayal that night.

The emotion of betrayal or really any hurt dealt by our closest friends carries a lot of weight. It creates mental splinters that once we start picking at them, can make it hard to stop. We often relive the situation again, strengthening the emotion each time we dwell on it.  As a result, these wounds come to memory quickly when we think about the person skewing our judgement of who they are.

We have an emotional response to most of the people in our lives built from our good and bad experiences with them.  Our experiences each get put on a balance scale, where the hurts and wounds go into a pan on one side, and the good experiences and benefits go on the other.  Unfortunately, since we feel wounds far more strongly and relive them, they tend to stay longer and weigh more than the good things.  The good side is actually more like a funnel where we feel the goodness for the moment but over time the strength of the memory slowly dissipates.

Since no significant relationship exists without occasional wounds, left unchecked, EVERY relationship we have will eventually have more hurts than blessings. Moreover, if a significant wound is dealt, we spend time thinking about it, almost polishing it in our minds, giving it more weight.  As we do, it becomes harder and harder to let go of it. Moreover, just like a few dirty dishes in the sink collect ever increasing numbers of dirty dishes, the big wound ends up making it more difficult to remove the smaller hurts that were easy to forget back when everything was great.  Over time this can lead to such a heavy collection on one side of the balance that no amount of good can ever outweigh the pain.

We might think that we must remember the hurts because somehow it makes things even, but the reality is that it just makes us miserable, not them. We might also be tempted to think that by preserving the offense, we  can better defend ourselves against future hurts. But being defensive never improves relationships, instead it isolates us, pushing us further from the friends we need.

If we want to have healthy, life-giving relationships, we must actively invest in forgiving those wounds, actively removing them from the balance; we have the option to dwell on the hurt but instead we actively choose not it.  This requires an ongoing conscious decision to NOT regard the hurt, not think about it, not relive it, not dwell on it, not put it back in the balance against that person, truly let it go.  In other words, good acts may slowly dissipate, but hurtful ones only dissipate with deliberate and continuous action because we recognize that we too are imperfect and depend on others forgiving us. Over time, the weight of the wounds shrinks and we have healing.  In addition, when we find ourselves tempted to dwell on the negative, we would do ourselves a favor by instead cherishing and remembering the things that the person has done for us to bless us.

All of us have hurt others, usually unintentionally but sometimes in the heat of the moment with malice.  We should learn how to live at peace with others and control ourselves when we’re upset so that we can interact with our friends in a way that doesn’t hurt them.  At the same time, we should stop dwelling on the wounds and instead spend as much time as we can dwelling on the positive things others do, just as we hope they will do with us. Doing this will bless us with many, albeit imperfect, friends rather than feeling lonely, continually looking for the perfect person who will never hurt us.