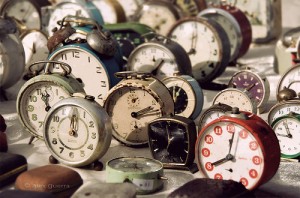 Wake Up! You’re going to be late for work!

But I don’t want to wake up, I was having such a good dream.  Just let me sleep a little longer.

All of us have had this experience and felt this way, especially as children.  It’s very unpleasant to wake up from a dream only to find reality is a nightmare (at least for the moment).  As we grow older, we learn to appreciate the wake up call so that we can take action to avoid worsening the consequences.  We don’t get angry at the person delivering the message instead we thank them.

At times though, this less mature response comes out when we thought everything was going well (living the dream) and someone starts to tell us it might not be so peachy keen.  We hear there are some problems or risk and we get angry with the person communicating the problems we must face.  My dad once mentioned a manager who got very angry whenever he heard bad news. Don’t wake me up, everything was going perfectly!

Living in a dream doesn’t make it real and ultimately causes us to have less ability to respond to the problems at hand.  One of my favorite managers took the opposite tack.  He awarded those who came to him with problems so that he could be aware of what was coming.  No one gets fired for the problems they saw coming.

It feels good to think we’re on top of things, but we shouldn’t become addicted to that feeling.  Likewise, we shouldn’t give into fear mongering or believe that nothing is ever going right.  At times though, someone will tell us that things are not going as we hoped. We should not get angry with the messenger, but try to figure out how we can be better prepared for what’s coming.

One thought on “Wake Up!”