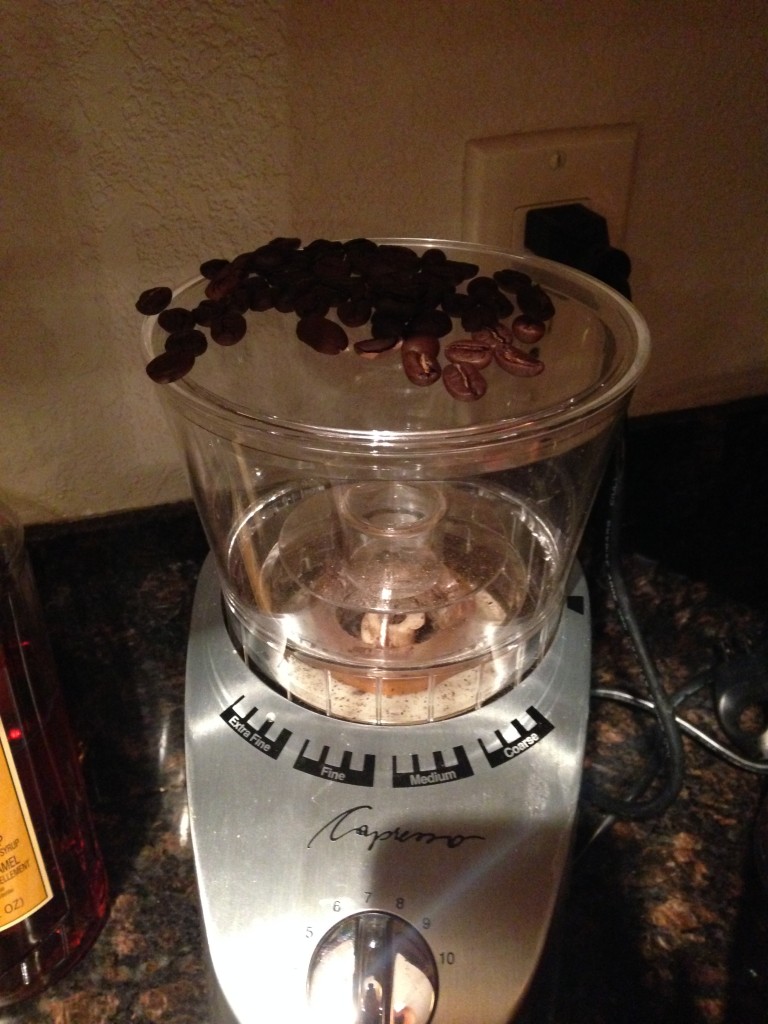 While visiting a friend who has a great espresso machine, I went to go grind some coffee in preparation of pulling an awesome shot of espresso.  When the coffee grinder was under the cabinets, it looked like it had an open top so I took a handful of coffee and dropped it into the hopper only to hear coffee beans bounce all over the counter top.

Laughing and realizing that I didn’t see the clear lid, I started picking up the various beans that had scattered about the kitchen counter top.

This morning my friend send me a picture (left) where he had done the same thing.  He said this is now known as pulling a “Matthew” at their house which made me laugh.

I fail all the time as I’ve said several times on this blog.  I don’t like failing, but I accept it as a part of life and instead focus on how I can recover from it and what I can learn from it.  I don’t try to actively avoid failure and don’t feel bad saying I failed at some thing.

I’m surprised though when other people are shocked when I say “I failed at such and such”.  Somehow failing has taken on this sense of catastrophe. They try to get me to reword it, “You didn’t fail, you…”

My good friend David Delp, writes on his blog “Yea! I failed” and teaches this as part of his life management program.  He’s actively trying to get people to stop having such a negative attitude toward failing. I can’t say I’ve ever enjoyed failing but instead view it as something that happens when I’m growing.  When I work out, if I can do 10 reps of an exercise 6 times without my body ever giving up, I know those muscles aren’t going to grow. I have to push harder to make them fail so that they will become stronger. Similarly, if I only do things in life that are easy and protect me from ever failing, I won’t grow.

Some people like to spend A LOT of time thinking, really trying to perfect the experiment. Others spend almost no time thinking.  Both lead to suboptimal results.  Thinking too much wastes time because there are many unknown factors we simply can’t consider until after running and waiting.  Thinking too little creates busy work where we avoid the hard work to find a new approach and instead keep iterating on the same old thing.

I’m a fan of thinking some but not too much and then letting it run.  If it’s a failure, then learn from it and iterate.  Instead of trying to devise the perfect experiment, I try to iterate quickly. How can I compress the amount of time that it takes to go through the whole loop?