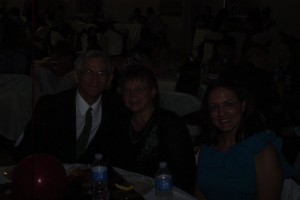 Last week, I borrowed a nice SLR camera to take some pictures of a wedding this last weekend. He suggested giving it to me a few days early and did, so I would have some time to try it out. He went over the basic functionality of the camera and the external flash.

I’ve taken some photography courses in the past and enjoy photography. While I did try practicing with the gear beforehand, I wasn’t really sure what to do. So I showed up to the wedding and very quickly realized why he had given me the gear early.  The lenses were fixed length (no zoom). This meant that those with a point and shoot were able to stand three feet away and get a large group in the shot, and I was having to crawl back 5 pews just to get everyone in, and don’t get me started on the flash.

In the end, the pictures turned out reasonably well and overall better than I could have done with a point and shoot.  But why didn’t I practice more beforehand so I could understand what the trade-offs would be?  Part of the problem was that I didn’t know what I didn’t know.  I knew just enough to believe I had taken pictures with an SLR camera and therefore I knew how to do it again, but my friend, the camera’s owner, believed that some practice might still be warranted.

When we don’t know what we don’t know, the advice of others often seems unwarranted.  We are overconfident in our understanding. The reality is that I didn’t really know how to practice, but I’m sure if i had asked a few follow-up questions: how would you suggest I practice, or why is it different from what I have tried before? He would have given me some sage advice that would have saved on some frustration as I was trying to take the pictures.

So here is what I’ve learned: If someone suggests that I practice something and I can’t understand why practice would make me better or how I would practice, then I don’t know enough. This seems like a reasonable test for helping us figure out when we are flying blind and don’t know it.