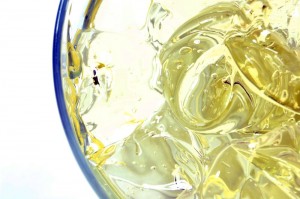 Remember “The Blob“? The alien creature that consumed everything it touched; it grew with each object consumed, thereby consuming even more. This beast exists in the middle of many organizations. Not as a physical creature, but as the blob of ambiguity.

Using meetings and politics, it slowly covers even the most decisive of employees with a goo of uncertainty. It lands in organizations when leaders are unwilling to make clear their expectations or where people feel they must bring everything to the top for clarification. We all know that putting off a decision feels like not making one which is what makes this blob of ambiguity so sticky. Inaction doesn’t feel like neglect.

An example: Bob and Cliff had a great meeting and Cliff wanted to move forward with evaluating Bob’s product. Cliff decides to check with his staff so he can get back to Bob later that week. At the staff meeting, it was discussed but they ran out of time to make a decision so it didn’t happen that week. Bob hears nothing and sends Cliff an email asking about the status. Cliff reads the email and thinks, “We’ll talk about it at this weeks staff meeting, then I’ll get back to him. ” An emergency subverted that weeks staff meeting, so another week passes. Again, Bob hears nothing. Frustrated, Bob calls Cliff on the phone but can’t reach him because he is in meetings; Bob leaves a voicemail. Cliff wants to get back to Bob but he is right in the middle of fighting this storm and he still isn’t sure what the others, especially his boss, think. Cliff waits for input from the staff and pretty soon Cliff doesn’t want to face that he hasn’t responded to Bob at all so he avoids the problem by not talking to Bob anymore. Perpetual indecision.

How many meetings do we attend without decisions being made? Ambiguity, like the blob, spreads. It starts as a small amount of uncertainty but as individuals build chains — waiting on others — the ambiguity builds. Moreover, people position themselves to win politically, so they don’t make clear-cut decisions thereby spreading the blob. More meetings, more indecision, more ambiguity.

How do we fight the blob of ambiguity? By making decisions. Why are we meeting? To make decisions. As leaders, we have to figure out how to structure the organization to make clear decisions quickly without relying on us to make the call for them.

My friend’s strategy is simple: If an employee asks him a question that they should have been able to resolve without him, he asks what was unclear that caused them not to make the decision without him? He clarifies his thinking process with them, so that next time they can make the choice without him.

Clear decisive action is what we need. This is the motive power of business. Ambiguity is like adding sugar to the gas.