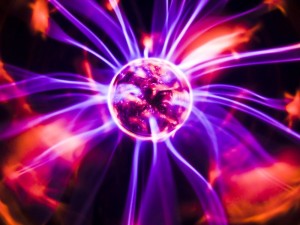 There are inventions which would have changed our lives, but we’ll never know them. Most start-ups with a brand new idea don’t succeed for all manner of reasons. Sometimes the invention was horrible. Sometimes though, they fail simply because the cards didn’t fall right. What’s lost, is not only the technology as conceived but also the technology that would have been built from them.

Ever wonder if in another world Lady Gaga would have been popular? A study was conducted where 10 different songs were played to collective set of people. The control group was given the opportunity to rank the songs from best to worst. Several other groups were also asked to rate the songs but they were also shown how the others in their group rated the songs. The result was that wildly different songs (even those from the lower end of the more objective control group) became the most popular depending on which started trending popular first. It can take a very small change to make the difference between the artist everyone is listening to and the one that no one has ever heard about.

Consumer products are released at an ever-increasing rate and become so integrated into our lives that we can’t even remember what life was like without them. So much has changed and yet the nature of those changes could have been very different. If you’ve ever seen a sci-fi movie about how the future might turn out, you realize two things: 1) It’s feasible that those things could happen 2) That we rarely are able to predict how they will work out. Even the Google founders didn’t know what their search engine would become at the time that they built it. This is true with the founding of most great companies.

The problem gets amplified because accepted technologies give birth to new research. And so the difference in technological futures varies exponentially, sometimes around factors as trivial as who likes what song first. We like to believe that we act as rational creatures – where the best would always win, but our world is as much consigned to randomness as it ever has been. Yet the system is not entirely outside of our influence either and this is what makes it fun to play in.