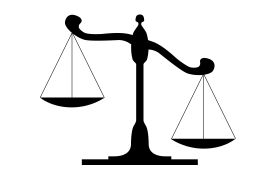 “We’re under a lot of pressure internally and the decision has not yet been made, but unfortunately it looks like it’s only 40% likely that we’ll be moving forward with you.”

Sounds bad, but it could be worse. At least the decision hasn’t been made yet. This is what we tell ourselves. The reality however is that humans don’t think in terms of statistics, especially statistics that we make up. We instead almost always feel things as either yes or no. The statistics simply illustrate a lack of intellectual alibi to back up our emotions. So even when someone says that it’s a 40/60 split, it means if they had to make the decision today, it would be no.

If we hope to change this situation, an incremental concession isn’t going to have much effect. Like the stock market, this kind of move has already been factored into the emotions associated with their 40/60 split. If we want to change their mind, we need an unreasonable response. We are emotional creatures and our emotions aren’t shifted by rational responses.

But there are even deeper problems with the incremental concession strategy. When we make such a response, and it doesn’t improve our chances, we’ve actually reinforced their emotional leaning toward a different course of action. When we then offer again our final offer (the most we are willing to concede), this new offer now becomes expected and again fails to change their emotions. Much of the crisis of 2007-2008 was an example of many reasonable responses on the part of the government and banking industry, that were insufficient to change the tide. This is the classic: “Too little, too late” problem.

If, on the other hand, you offer your final price right away, it might surprise them, causing their emotions to pause and allowing their mind to reconsider. Google had exactly this response related to AOL Europe early in their development of the business. The European division had decided to go with Yahoo for their advertising and informed Google. Serge and Brin both got on a plane and flew to meet the VP in person. They then offered something which was unreasonable. The customer was amazed. Yahoo was given the opportunity to match it, but refused. The result was that Google won the sale which proved crucial to their future growth.

One thought on “The Unreasonable Response : Avoid Too Little, Too Late”