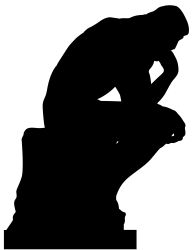 A cult in the Chicago area believed the world was going to come to an end. They didn’t seem too concerned for others going into that date. They gathered in a home and waited for the end. It didn’t come. After they were proved wrong, you might think that the would give up and move on. Instead they went out in the streets and tried to get people to join their cult, not very successfully.

This search for complicity extends to times when we take stands that are ethically questionable. For example, if in the course of a customer negotiation you exaggerate something and then mention it to the rest of the team, they don’t have much of a chance to complain. If you ask them to keep it a secret, you make them complicit in the lie. While it might feel good to have more people involved, it can undermine a culture of trust.

Normally these things are not so clear. Gray areas are a difficult battle ground. People can be sought after for counsel, but sometimes we just have to take responsibility for the decision ourselves. If others don’t need to be involved, we shouldn’t involve them.

When we are feeling insecure, it’s easy to search for complicity by seeking confirmation and confidence in the approval of others; however, in many cases this can poison relationships and teams. Of course, we should seek counsel from others to challenge our doubts for we need others to make the best decisions, but we should avoid making others complicit and instead take responsibility for all of our decisions.

One thought on “The Search For Complicity”