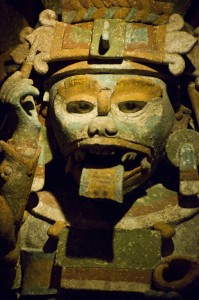 It’s amazing to me how many people worriedly ask me about the safety of our living in Mexico.  Yes, Mexico has lots of news of drug wars, kidnapping and murders. Each of these events is tragic as well as memorable.  This is why it casts a shadow on the entire country. In Guadalajara, where we live, it feels as safe as any urban city in America and in many respects safer. The reason people fear Mexico comes mostly from something called the Availability Heuristic: We associated the chance of something happening with how easily we are able to recall an incidence of it happening.

For example, newspapers reported recently that 16 people died at the Love Parade [a huge electronic music fest in Germany] this year by being trampled to death. Scary! You can imagine worried parents urging their children not to go next year. Of course, when you think about it, there were 1.4 million people there so the chance of dying at the Love Parade is roughly 1 in 100,000.  Compare that to the odds of dying in an automobile accident in a year: 1 in 6500.  Yet how many parents urge their kids not to drive?

The problem with worrying about the things we most easily remember is that they are not worth worrying about and distract from other important things in life. This is the root of terrorism’s power.  Create a powerful, tragic, easily remembered incident and people will live in fear.  Governments will go to ridiculous lengths to protect from these things happening again, detracting attention from better ways to improve security.

Fears are most often countered by experiencing the event without anything going bad.  People feel safer near the place where they live day to day, and yet are petrified of some other place even if statistically it’s safer.  My parents were living in Israel for some time and they visited Afghanastan.  While they were there, they talked to some local Afghan’s who said, “You live in Israel! How could you live there?! It’s so dangerous!”.  This coming from people who are living in a country that has been at war for decades.

Our fear is heavily affected by tragic horrible stories that we remember rather than reality. So when you’re tempted to be afraid of some tragic thing on the news, you should stop and consider whether the fear is justified, or if you are falling prey to the availability heuristic.