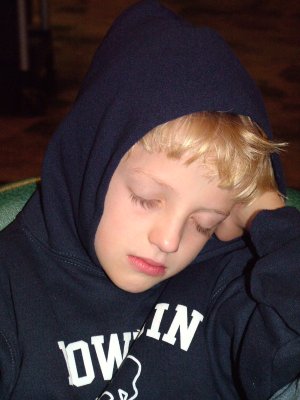 Yesterday late in the afternoon, I was providing a demo of our product in a warm conference room. The person I was showing it to started nodding off. Now this wasn’t a case where there were a lot of people, there were only three of us and he was asking us questions in between his long “blinks”. I might have been offended, except it reminded me of one of my own more embarrasing moments.

Several years ago, I took a day trip that required me to leave very early in the morning. I showed up for a morning meeting which went fine. We ate lunch together and then just three of us were talking about strategy. These were not people I knew very well and I was trying to participate to the best of my abilities, but I hadn’t had any coffee and was very tired. All three of us contributed to the conversation, but I could not stay awake. I would close my eyes while listening then before saying something, think whether or not the statement I was about to make made any sense. I could tell that the other two knew I was falling asleep as when I opened my eyes they were smirking, but then  I continued to think, okay, now I’ll stay awake, only to close my eyes again.

The problem is that when you get that tired you do not think: “I should stand up and move around”, or “I should take a break and go find a cup of coffee”. Instead your brain thinks things like: “It won’t hurt to close my eyes a little bit”, “I’m just listening with my eyes closed”.

We play games with our head not wanting to just admit that we’re tired, and instead we try to figure out how to play it cool. The problem is that when our brains are very tired we don’t think rationally but we can’t recognize that we aren’t. So I leave this as a personal lesson learned, if you start taking extended blinks, bite the bullet, stand up and go splash yourself with some water, or just take a break for a moment and go for a walk — better this than pretending no one is noticing that you’re sleeping.