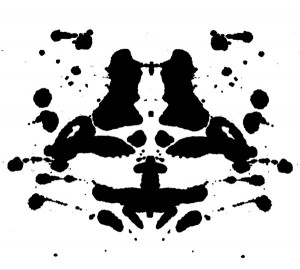 Yesterday, Ann and I were watching a Mexican dancing television show at a restaurant. Something about it struck me very funny and I laughed out loud. At the same time, I looked over to see a waiter and a waitress pretending to dance like they were on the show. After my laugh, they looked over at me and assumed I was laughing at them. I smiled at them and they smiled back and it was the end. There was no opportunity to clarify.

Too often we find ourselves interpreting the actions of others out of context. I have met people for the first time and decided that for whatever reason, they didn’t like me; however, after being with them a few more times, we became good friends.

Its easy for us to emphasize subtle messages in new relationships that are fake. We amplify these messages to a level of importance they shouldn’t have, and it can have a profound affect on how the relationship develops. I believe this stems from three things. First, we are constantly searching for cause and effect. Second, we see what we want to see. Third, we seek confirmation rather than negation of our conclusions.

Nicholas Taleb, author of the Black Swan, writes: “People are explanation machines.” We create completely logical explanations for the phenomena we see. We maintain this explanation until we are presented with evidence that contradicts it. Then, we create a new story for the phenomena remaining just as confident in our new answer as we were in our incorrect answer. The reality is that we don’t have enough information to come to any form of certainty in our conclusions, but we do anyway.

Every person has a view of the world that they use to interpret new data. In this way, new relationships can resemble Rorschach tests. People will interpret messages or actions differently. Some will treat an action as irrelevant, others will decide the person is being rude, someone else that they are being gracious — all based on our own expectations. Living in a country where the culture is different from your own only compounds this effect; however, as relationships grow, we learn what signals are important because we have more knowledge of the other person.

Finally, we search to confirm our conclusions. Once we have an idea in our minds, we go about collecting evidence to corroborate our original opinion rather than looking for indications that we might be wrong. In fact, we can even ignore the data that doesn’t fit with our idea and add importance to the data that does. This causes us to amplify our misconceptions.

This process happens not only with new friendships but also with all new relationships, including those with new customers. We pick up what we think are signals for good or bad and amplify what is probably just noise, giving it a level of importance that it shouldn’t have. This can lead us to make bad judgements both about the other person and about the relationship in general that can be difficult to change.

If, instead, we withhold our judgments, we don’t give more credibility to a message that is simply noise. If we find some subtle communication troubling we should search out all the possible reasons for it, giving as much deference to the other, rather than going with our initial instinct. This not only helps us recognize how little we truly know, but also starts to build a better context to interpret new information. It also keeps us from looking for confirming evidence because we admit that we simply don’t know. It is only in this way that we keep ourselves from being trapped by our own preconceptions and making mistakes that we may later regret.