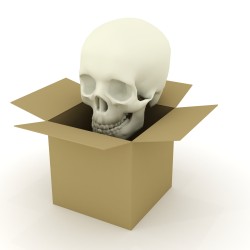 I’ve started to loathe renting cars. Not because they aren’t high quality nor because of the ridiculous hoops that agencies make you jump through. Rather because each car was designed to “innovate” on a bunch of things that were already good enough.  Does it really make a difference if the open trunk button is to the left of the steering wheel, near the radio, or on the floor near the seat? Either designers considered the problem and believe they invented the best place for this button or they didn’t give it a second thought.  Either way, the fact that every car puts many controls in different “innovative” places means that every time I get in a car, my head spins (literally) trying to find the one I need. This is when I consider innovation a curse, and this is but a trivial example of something that occurs all the time with startups.

Startups begin with a Big Idea that will make the world a better place by providing their customers with something that they need; however, too often, those who have the vision to start companies, also see just how inadequate or ill-designed many other things are as well.  Fortunately, they have a solution and so they set out innovating not only on the “Big Idea”, but on all those little things that should be better.

The result is that in addition to providing a breakthrough for their customers, they also provide innovations that improve the many things that were already  good enough.  This places a huge burden on their customers because now they have to invest time relearning things that they didn’t think needed any improvement to begin with.  While some customers (especially early customers) will push through this and be delighted at all of the innovations, the remainder will see your product as too complex and cling to their existing well-known solution.

A long time ago, a venture capitalist friend mentioned advice he received when starting his fund: The Three Change Rule. He was told by an astute advisor that his fund can be different in no more than three ways and in everything else needed to be exactly the same as others.  This does two things.  First, it provides a foundation for investors to compare the key areas that you are different (since many things are the same).  Second, it forces you to pick only the most important differences to focus on.

As innovators, we think that because we know a better way, all we need to do is educate our users about why they should change and how to change. In this, we try to solve the problem of unfamiliarity by providing documentation. Clearly, the user will see the incredible value of our solution once they read about it. We assume they are going to be as excited about our innovations as we are.

But they aren’t.  In fact, the necessity of reading documentation in order for them to use your product, will either scare them, or worse, cause them to look elsewhere. Sure, customers are  interested to learn the minimum they need to in order to take advantage of “The Big Idea” but everything else just gets in their way. I’ve begun to view the size of the documentation as a good way of measuring how much you’ve failed to design the product with your customers in mind. Poor design that is documented is better than poor design without documentation to be sure, but the more documentation that is needed, the more the solution will be rejected by the market.

Just because there is room for innovation in a particular area, doesn’t mean that it needs to be improved.  Pick three differentiators, and in everything else, be the same.