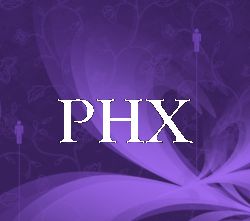 If an airport was designed like most software it would look exactly like the Phoenix Suncity Airport (PHX) and, like many software companies, PHX offers consulting and tech support. Fortunately, their consultants are free and take the form of an army of purple-clad senior volunteers. In spite of this, every time I visit this airport, I’m shocked at its poor design.

To illustrate this point let me take you through my first hand experience of this airport. I was flying with my mother-in-law from Guadalajara to Phoenix. She had to catch a connecting flight to Denver and I to San Jose.

After clearing immigration and customs, we proceeded on a long walk to the end of a hallway, took the poorly marked elevator, accepted the free hand sanitizer and were dumped into what we later learned was Terminal 4. Let the games begin.

Upon entering Terminal 4 your first goal is to find your connecting flight so you look at the first set of monitors you see, which we did. Unfortunately, this set of displays contains only the list of international arrivals. Not much help.

We looked across and saw another bank of monitors. We went to look up the flight and saw that the only airline listed was US Airways, our airline. But her flight was not listed. The only clue we had was that the person who checked her bag after customs had suprisingly stated she was on a United flight, which now led us to believe that it was a code share flight. But how were we supposed to find her gate?

At this point, like with so many software packages, the option you’re looking for simply isn’t where you think it should be. So we walked over to the very friendly consultants in purple. Our consultant seemed a little bored, but gave us the helpful hint to take the escalators marked “baggage claim,” down to a bus to get to Terminal 2 (where United flies). This is the software equivalent of,”Oh, its easy, just hold down the shift key while double-clicking with the mouse”.

Having read the slightly more helpful training manual (brochure of the airport), we came to understand that there are four different terminals. Each terminal has airlines assigned to it and while I can’t speak for all of the terminals, Terminal 2 has simply numbered gates. Terminal 4 has 4 wings (A-D) which each have about 30 gates. This doesn’t include the international arrivals which dump you into Terminal 4. Terminal 4 is only US Airways flights.

After talking to our purple-clad consultant the first time, we looked back at the escalator and seeing markings that indicated it was to baggage claim, we asked for confirmation that we really needed to shift-double-click. She reconfirmed, “yup, take the escalator down.” Then she added some new information. “Find door 22 and take the bus from there.” Note, the instructions were not, “follow the signs that say: Connecting to other terminals.” There are none. Having received our quest from the oracle, we proceeded into the lair.

Now that we knew the secret door number we set off in search of the magic bus. Upon exiting the door, we saw a sign labeled “Airport Bus.” Again, no indication what the “Airport Bus” is, or where it goes, we ask the driver if this is the bus that takes us to other terminals. Upon confirmation, we board and take a brief rest for our journey.

After successfully finding the United Airlines counter (very thankful for inadvertant tip from the baggage recheck guy), we arrived at the correct gate, said our farewells and I then embarked on the solo journey back to my own gate.

I eventually made it back to Terminal 4, searched in vain for some indication on how to find my flight but to no avail. By now I had given up on any illusion of self-sufficiency and asked the nearest purple friend who replied, “Oh, you’re on the wrong side of the airport, but you can take the elevators up over to the left.” I looked over, and there were two down escalators. But now armed with the pointer about the elevator, I ended up finding my destination.

Why do they call this airport “The Friendliest Airport in the US” inspite of being so user unfriendly? Because even the most skilled way-finders have to ask for help from the friendly purple brigade. While it’s hard to know how they could design this airport any worse, but to their credit they do have people wearing bright colors offering some semblance of assistance. What they should probably do is replace their signs with, “Stop trying to figure it out on your own, just ask a purple person.”

Navigating this airport successfully exemplifies most software interactions. If you’re a regular user, like someone who flys through Phoenix often, you learn your way around and it becomes second nature. But if you are an occasional user you’re in for an adventure that will later require some form of nerve tonic. Oddly, you are grateful for the purple people sitting next to you telling you, “Yes, now hold Alt-A, while pressing the enter button. See, it’s exactly what you wanted. Pretty cool, eh?”

It’s more friendly to simply help people achieve their goals in a self-sufficient way by designing things so they are easy to find. For instance, why have Terminals, Wings and Gates? Why not simply have a terminal letter and a gate number? People can deal with numbers over 30. Moreover, why not have all of the flight panels contain all of the flights so that anyone can figure out where they need to go. And why not add signs that indicate exactly where you should go to change terminals?

Too often, when we build our companies or products, we look at them the way I do the Denver airport (or probably how my friends see the Phoneix airport), as something that seems obvious. As such, we don’t consider the pain that new users go through in accomplishing their goals. Empathizing with our customers experience to help them meet their goals leads to having a business that doesn’t have to be staffed by hundreds of friendly consultants.

4 thoughts on “The Power Of Purple [The Phoenix Airport Sucks]”