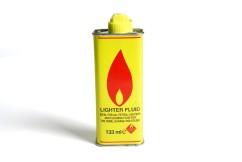 Several weeks ago, we went to see Daddy Yankee in concert.  He is one of the more popular reggaeton artists, which is mix between pop, rap, and latin music.  Doors opened at 7pm, so we showed up 15 minutes early to queue up and get a good spot.

After waiting for about an hour, they finally opened the doors.  It was standing room only, but since I’m about 8″ taller than the average Guadalajaran, every spot was a good one for me. At the beginning, they had a few video’s playing on some big screens and some background music.  Shortly thereafter a DJ got up to spin some music, much to the delight of the crowd. Their set started strong, then started to fade, and pretty soon, it was obvious they were being asked to play for way longer than they originally expected to play.  Eventually,  we were back to having videos playing.

People stopped dancing and started sitting around just talking to each other.  Finally, the next warm-up act took the stage, everyone at this point hoping it was Daddy Yankee, but it wasn’t.  People were slower to get excited this time, but they were starting to feel the groove. The second warm-up act finished their set, and then there was a pause again. More boredom on the part of the audience, and eventually a chant for a refund.

Finally, around 10pm, Daddy Yankee (or someone who looked like him), took the stage and played 4 or 5 songs and the concert was done. During the waiting, you could experience the effect of a warm-up act, as well as the utter let down, when the momentum was not carried forward.

It gave me plenty of time to consider the benefits of a good warm-up.

Many emotional states are affected by the warm-up effect from our excitement to our ability to laugh. When we are having a good morning, we find it easier to ignore the not-so-good things, and accentuate the little things that continue our enjoyable.  Groups are self-reinforcing. People mirror each other. Excitement breeds more excitement.

Understanding the warm-up effect can help when you want to make your customers or your group more receptive and excited about your next big thing.  It is why keeping your target audience narrow can benefit you by building a group of excited motivated followers.  Their friends will mirror their excitement. For example, how many of you have purchased something on the recommendation of your friend that just couldn’t stop talking about their – iPod, iPhone, Blackberry, etc.  We get excited about something when others are also excited.

As in the case of Daddy Yankee, it can also backfire on you.  When you have lots of fits and starts, it is even more difficult for your followers to get excited a second time, or a third time.  Relatedly, it is also difficult to make one big announcement and expect immediate excitement.

Warm-ups matter. The better your warm-up, the better the response will be, so think about how to warm-up your audience before your next big announcement.