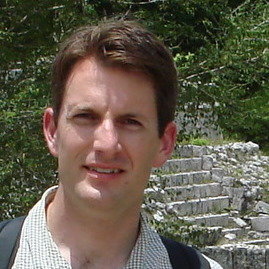 [In response to my post on Tea Bog Beet Knee, Matthew Ritzman, a friend of mine, wrote a response that I thought worthy of more attention. Matthew and I met while he was President of the local Toastmasters club that I attended. His speeches always tied in personal stories and how they impacted him and his story below is another excellent example. Tea Bog Beet Knee was about the responsibility of the communicator to speak in a way that can be understood by his audience, this is about the other side of that coin]

The more I understand the hurdles of getting my point across the more amazed I become that any communication can happen at all. In the very best of scenarios, information is lost between the speaker and the listener.

We present our ideas and we absorb concepts, often in rapid succession. When we are the ones trying to make sense out of the senseless, there are many things we can do to help facilitate communication. One is to familiarize ourselves with the vocabulary and the ways of speaking of the other person.

My younger daughter, Josie, has developmental delays. She has a limited vocabulary, has difficulty pronouncing certain letters (she uses ‘Y’ in the place of ‘L’ and drops most of her ‘S’ sounds) and letter combinations, and speaks slowly with a very metered cadence. She seldom has the luxury of saying things in a different way, so she goes with volume and repetition. (We are actually very happy for whatever words and fragments she provides – she used to say, “EEEE, EEEE, EEEE, EEEEEEEEE” when she wanted something). We’ve found that she often says some pretty remarkable things, but we have to pay close attention and analyze her words to figure out what she’s saying.

With effort on both sides, we are often able to figure out what she’s trying to get across.

As an example, her sister, Kallan, brought home a recorder from school, and was learning, “Mary had a little lamb,” by playing it over and over. Josie, who doesn’t often string together words together came up with two complete sentences.
STOP………………. PLAY……………… THAT
STOP………………. PLAY……………… THAT
I………………………TAKE……………….EEE……………..AWAY
The long pauses between words and limited enunciation are barriers to communication, but they aren’t completely insurmountable. By understanding her patterns and the context we found the intended meaning (and the unintentional humor).

Besides merely listening to understand, another thing we can do is engage additional media. I tend to communicate best with the help of pictures. Dan Roam, in his book, _The_Back_of_the_Napkin_, discusses how drawings can break down barriers and help us identify and solve problems. He gives some useful strategies for attacking problems with pictures. Pictures can be understood in situations where language gets cumbersome.

True communication is a two way street. It really comes down to a partnership between the audience and the presenter. In fact, the best communication happens when both parties do their very best to communicate clearly as well as listening to truly understand where the other is coming from.