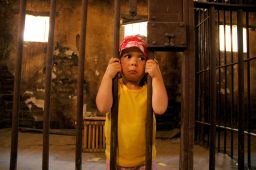 I was recently reading an article about the economy and it ended with the line – I’m not optimistic or pessimistic – I’m realistic.

I’m always surprised when I hear someone say this. Doesn’t every optimist and pessimist consider their views realistic? Moreover, this retort is beside the point. Optimism and Pessimism ultimately are about whether the projection into the future is one where events take a more positive or negative course. Claiming realism is essentially claiming you know exactly how the future will unfold — you are factual, unemotional, seeing the future with accuracy.

This is in contrast to all of the rest, whose views must be unrealistic (either positively or negatively) if they disagree with you.  This is near the equivelent of saying during an argument, “You’re wrong. I’m right. Period.”  It doesn’t actually make an argument, it just shuts down further conversation on the topic.

Whenever we shut the door on conversation, we isolate ourselves from the truth.  Declaring we already know the truth in spite of opposition can often lead to running headlong into a wall you never saw coming. There are times where conversations are no longer bearing fruit and a decision needs to be made. Deciding this and stating so though, is different from dismissing another’s view as simply unrealistic.

In the end, whenever we close our ears, we make ourselves slaves to our own imperfect perspectives.