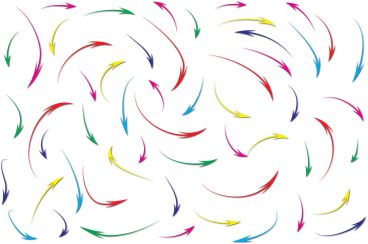 Early in my career, I took over as the project leader of a small group of engineers in the midst of the merger between Symbios and LSI. LSI had a manager at another location whose group had the same charter as the group I was leading, and we were asked to figure out how to coordinate our activities. The merged entity was making a pretty major technological change and our groups were being asked to make sure that the resulting system functioned properly.

So I gathered my team together (all of them had been doing this for several years) and I asked them what would they like to own or work on with this next major project. Did they have any ideas about how they wanted to make this all work? I hadn’t heard anything back from the other manager and was looking toward their expertise for ideas. I have very clear memories of leaving this meeting – everyone hanging their head, discouraged by not having a solution, coupled with the uncertainty of what was to come. This was all my fault.

So, I changed course, I spent some time figuring out a critical part of the technology that our team could verify on its own and held another meeting with my team to lay out our strategy. I explained how this would work with everyone’s skill set and how we would accomplish this very difficult task and then I delivered this strategy to the other manager. This is what we are going to do and own, this is what I think you can do and own. After all, the first to claim ownership, typically gets to own it, and we did.

There was more balancing that took place and we successfully coordinated the activities between our two groups, but after the meeting I could see the light on the teams face. The team left the meeting encouraged and excited about the prospects that were ahead. Did I have all of the answers? No. In fact, the people in the room had a better understanding of what it was going to take than I did. What I did do was provide initiative and the framework and they were able to fill out the details playing to each of their individual strengths and interests.

This experience made me realize that you can’t lead by consensus. Leaders make decisions in uncertainty and faith in order to guide those who face the same uncertainty. Hoping the opinions of your team will create certainty leads to failure and demoralization. This certainly doesn’t mean that you shouldn’t listen to their opinions and advice, that would be foolish, but it also means you don’t wait for them to figure out the plan. You create, let them critique, make the decision and move on.

People want to be empowered in their area of expertise. No one wants to be empowered to make decisions they don’t feel capable of making. Leaders need to step up and make a decision about where things should be headed. I was reminded of this lesson due to an article about CEO’s wanting their boards to make decisions. Ultimately, the person who makes the decision has their head on on the line. This is what seperates leaders from followers. The willingness to step out and decide rather than wait for a consensus from the team.