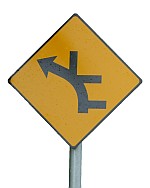 Recently, I read this study regarding whether rewarding altruism causes it to disappear, and it reminded me of the two other examples that illustrate that our motives tend to be far more complicated then things first appear.

For example,  Freakonomics discusses a day care center which decided to start charging parents extra if they picked their children up late.  The result, the number of children who were left late actually went up.  The motivation shifted from a moral decision to a monetary one, and for many the monetary fee was worth the extra time.  This was not what the day care wanted so they went back to not charging, but it was to late, people were now evaluating this in a different context.

Another example in the book Influence regards our feeling of obligation.  If a Hare Krisha gives you a flower, many feel obliged to give something back even if they then throw the flower in the next garbage they come across.  The book pointed out that one of the Hare Krishna members was assigned the task of getting the still very usable flowers from the trash in order to give them to the next unsuspecting person.

Consider, that in the above study on rewarding altruism, it seems that when the toddler was expected to help they did.  When they started receiving praise, it opened up the possibility that this action was “extra”, and when there was a reward, kicked in a scenario of monetary trade-offs (is it worth continuing playing with this toy or should I go get a reward, hmmm, I think I like this toy more). What motivates us is varied, can unfortunately be manipulated by others, and is complicated.