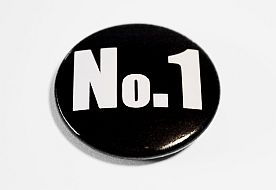 Recently, I read Ayn Rand’s “Atlas Shrugged”.  It presents two loci for peoples confidence and self-esteem. The first is confidence that comes solely from the self — the ego. It depends not on the actions or views of others. The second is confidence based on the view of others, living for their approval while they live for yours. Rand clearly believes that the first is the only way to live as the second creates contradictions that are not tenable.  While a full discussion of her philosophy would take a much longer time, it strikes me that she sees these as the only two choices.

She makes it pretty clearly that living 100% according to the altruistic ethic is self-defeating and impossible to actually do. In Charles Dickens’ “Bleak House”, there is a character who is clearly a leech, and who justifies his actions as providing to others the opportunity to do good, for if he wasn’t around, they couldn’t feel good by giving to others.

I believe that there is a third that comes from outside of ourselves and is somewhat of an extension of the second.  We choose to live for something greater than we are in ourselves.  As a Christian, I serve and trust in God.  The resulting ethical standards strike a proper balance between my own actions and the way others ought to be treated.  This solves the emptiness of the living for others (we have no identity) and the shallowness of the second.  It also provides the necessary preconditions for reasoning to even exist.

Where do you find your confidence? This is a key question that will afflict your actions in business, as a leader, and as a friend.