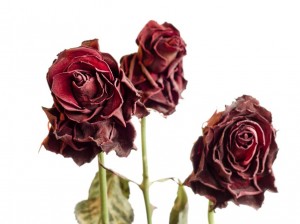 Relationships are a complicated mix of expectations, communication and growth. In the short-term, relationships grow quickly with people whose life situation is the same as ours. Over time people’s circumstances change.  Sometimes it’s us, sometimes it’s the other person, either way it can destroy the relationship.

When something life-changing happens, it’s normal for relationships to change, but often in ways that are not initially understood.  A person gets married, gets sick, has a child, or a new job: these changes don’t only affect us for a moment but change how we relate to others. Up to this point, most relationships have built a set of expectations simply as a matter of course, and so this event doesn’t prompt a conversation about how expectations should be different. This can cause a gap in what is expected of the relationship and what is given.

In the short-term, we tend to simply overlook this disparity and continuing pouring into the relationship even though the other person isn’t reciprocating.  Over time the other person accumulates a debt from which they can never recover.  Even if they started behaving as they did before, it wouldn’t pay back the months of disparity.  Moreover, most of the time their situation won’t allow them to start behaving as they did before even if they wanted to.

This is where many relationships die. The debt creates resentment and makes it difficult to even appreciate the giving the other does. But it doesn’t have to be the end.

There are two critical actions that we must take if we want to help the relationship survive: forgive the past and communicate about the expectations going forward.

This type of forgiveness is different from one which is just about an offense. It is about letting go of the gap that has built up between the event and now.  It means not holding it against the person or expecting that it must be the way that it was before. This is not easy, but it is critical. Letting go of the debt is the only way the relationship will be successful in the future.

Once you are ready to let go of the past, discussing how the situation has changed with the other person and redefining the expectations under the new circumstances allows both parties to reevaluate and recommit.

One of the things we are tempted to believe is that the other person isn’t the same person any more. Usually, this is just our tendency toward the Fundamental Attribution Error where we assign our behavior to circumstances but others behavior to character.  Most of the times the person is still the same, but their circumstances have changed. Recognizing this can help us approach them with confidence knowing that they still care about us.

Until we have this conversation, the debt only will continue to grow. So if we’re feeling this gap in one of our relationships, maybe the new year is a good opportunity to let go of the past and restore a life-giving relationship.