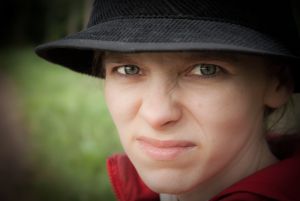 Imagine the following situation: You invite an acquaintance out for a cup of coffee. They strike you as someone you might like to know better and figure this could be a good way to get to know them outside of your normal social circles. They graciously accept and you’re looking forward to it.  The day arrives and you show up at the coffee shop, only to see that they’ve invited some of their other friends to come along. How do you feel?

Over the last few years, we have lived in several locations. The latest move to Mexico has been most revealing about the subtlety of human communication and connection. Each of us has been taught by our culture and more specifically by our family, a set of expectations for proper behavior.

These are the ways that we interact with one another that is considered polite and civilized. But, not surprisingly, different countries have different sets of expectation and patterns of communication.

Oddly, conversations about most of these things are difficult.  You can’t say to your friend, “Hey, you’re not going to invite anyone else are you?”. It’s too strong, or at least it feels to strong if you’re an American. Unstated expectations tend to remain unstated without some spark to engage in learning more about what exactly is expected and being flexible on the other person when they violate your expectations — not from intent, but from ignorance.  More over, even after it is stated, it is often difficult to explain why.  These are things we learn from living in a society together.

These differences for what makes for polite or rude behavior show up all the time among families as well.  Different families have different expectations of one another and different ways of communicating with each other.  This can often come out in work situations – we each carry around our own set of expectations for how others ought to behave and can easily be offended when they don’t do so.  Or worse, even assign to them a motive of malice.

Now, when I hear someone say, “That person was so rude”. I hear, “That person didn’t meet my unstated expectation of social norms”. And even though it seems to happen more often when there are major cultural differences, it happens just as often in the workplace, in families, in friendships.  If there is offense, it’s good to discuss it so the other person can be aware, but it also has to be coupled with grace for them if they violate it again in the future.  These types of values are not changed instantly.

So, back to the coffee shop, with you, your friends and their friends.  Either you can stew, or you can remember that they may have thought it was rude to not to invite their friends.  Better to simply enjoy the event for what it is, and the next time say, “I’d really like to get to know you personally.  Do you think just you and I might get breakfast sometime?” – And hope for a better outcome.