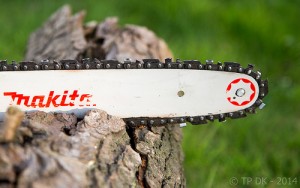 A man heads to the forest to carry out his task: cut down a bunch of dead trees in the middle of the forest. Chainsaw in hand, he hikes several miles to the site and starts felling trees.  One by one they come down quickly but soon his chainsaw runs out of gas.  He hikes back to his truck to fill it up, and then hikes back to the location.  After a few treks, he gets tired of going back and forth.  Plus he’s a little tired of some of the fumes too.  Moreover, isn’t all this gas usage bad for the environment. He starts wondering if this is really the only way to use a chainsaw.  Is it just social convention that says this is the only way? What if after it runs out of gas, he sees if he can cut trees down without gas.  So he starts chopping at the tress with the chain saw.  At first, it doesn’t seem to be working, so he tries some new techniques.  Soon he’s finding better and better ways to chop a tree down with a chainsaw that doesn’t run.  Proud of himself, he starts to look down on those that put gas in their chainsaw, saddled with the conventions of how other people use chainsaws.  He’s better than that, and he’s more environmental.

We laugh at such a story, yet often we’re the ones chopping down trees with chainsaws. Whether it’s picking the wrong tool, or the wrong technology, or the wrong mindset, we work to do something that goes contrary to the design of the methods we are using.  At some point, doing something according to the way it was designed becomes difficult so we start questioning the designer. Often instead of stepping back and laughing at ourselves and just going to get gas for the chainsaw, we start thinking better of ourselves for being able to deal with the complexity and do something in a way no one else does, even though no one else should do it this way.

When we encounter difficulty doing something, especially if we find ourselves rationalizing our methods as being better than everyone else, we should instead step back and consider our approach.

One thought on “Chopping Down Trees with Chainsaws”